The general topic area of research is WSU The College students’ perceptions of the importance of hard and soft skills.

Question:  Is soft skills or hard skills more important for college students in their  everyday lives?

Methodology is done and the results are done also. Just need help with the the Abstract, Introduction, and Discussion sections of the report.

P – purpose of the study and scope

R – most important: results of the study C – a statement of conclusion and/or recommendation

General information about the topic, including why it is important (citations should be included)

Summaries previous research (must include citation/s)

Gap between your research and previous research

Purpose of the research Hypothesis

Soft skills are those personal attributes that enable personnel in interacting with other people more effectively. However, hard skills are also necessary for a student in their colleges and their future workplace but it is useless without any kind of soft skills.

The main purpose of this study understands the importance of hard skill and soft skill for college students.

For the conduction of the research, the researcher has decided to survey the students of Western Sydney College. For these purposes, theresearcher has selected 35 numbers of students and then send them 15 survey questions so that they can answer the question. After that, their feedback has beenacquired. After that, the quantitative data have been analysed with the help of table and graphs.

From the analysis, it has been observed that most of the students thinkthat a mix of soft skill and hard skill is necessary for them. However, they wanted to offer priorities to soft skills.

Students have some issues in the soft skill which they can improve with the help of better practice and effective self-reflection.

In this present era, studying takes an individual to a path in acquiring hard skills which are the specific technical skills that a person required in performing their job more effectively. Hard skills are those skills that a student listed on their CV, however, employers seeks more than these skills. Presently, the importance of learning soft skills is increasing. This is because, soft skills are not only important in securing a better career but it is also important in completing the formal education (Sunarto, 2015).Therefore, along with soft skill, hard skill is also necessary.

The necessity of soft skill is very high among the hiring manager’s priority lists. According to a survey (2016) conducted by Wonderlic company, there are 93% employers who thinks that soft skill. Due to this reason, college students must have a better knowledge about soft skills so that they can secure a better future. In Australia, colleges and schools offer elective units for the soft skill so that this skill can be improved among students (Callaghan, 2017). According to a online survey which was conducted in the year of 2018, there were 74% employers thinks that a better listening skill is necessary among job aspirant (Bauer-Wolf, 2019). Moreover, 70% employers think that attention to the details and 69% employers think that an effective communication skill is necessary among a job applicant. Therefore, college student must develop a soft skill in their college so that they can complete their studies with efficiencies and get a better job in the near future. By observing the necessity of soft skills among the employers, the Swinburne University’s Australian graduate school now offer an education courses for executives and a special units for bringing soft skills to people (Callaghan, 2017).

The main purpose of the hypothesis is defining the relationship between the variables. For this particular research, the purpose of hypothesis understands the importance of soft skills than hard skills.

Research was carried out from the beginning of May 2020 on Western Sydney’s College students to research if soft skills or hard skills were more important. The questionnaire was sent through email, so the age and gender varied. Within the Academic English unit, numbers of students were allocated to all groups for them to complete the questionnaires, therefore the sampling was random. There were 15 questions altogether to determine whether soft skills were used more than hard skills in daily life. Different types of questions such as multiple choice gave quantitative information whereas short answer and ranking questions assisted in the more in-depth view of the respondent to assist with the final report. The respondents were sent a link to access the questionnaire and all information collected was anonymous and confidential. The data was then collected and analyzed, and graphs and charts were produced in order to support the research report 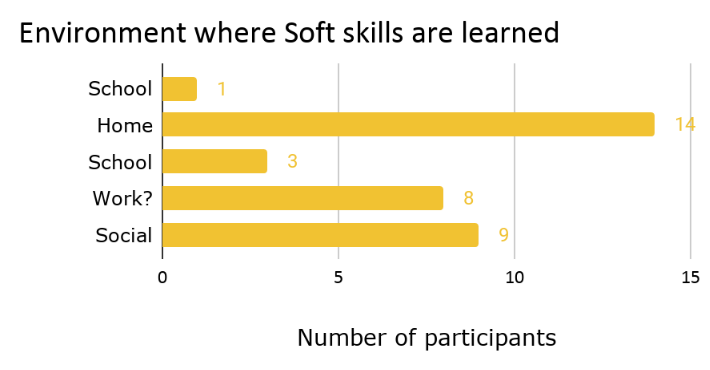 Figure 5 displays how most students learnt most of their soft skills from their home environment then social then work. This proves how it was not physically taught but adapted from family members and friends. 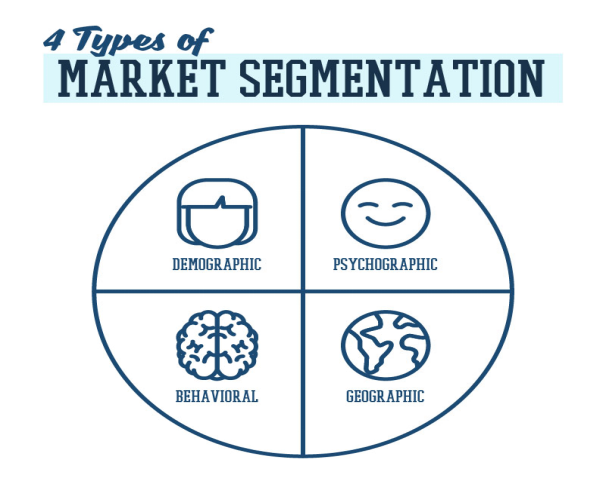 Figure 8: Participants answer as to whether they are a great communicator or not 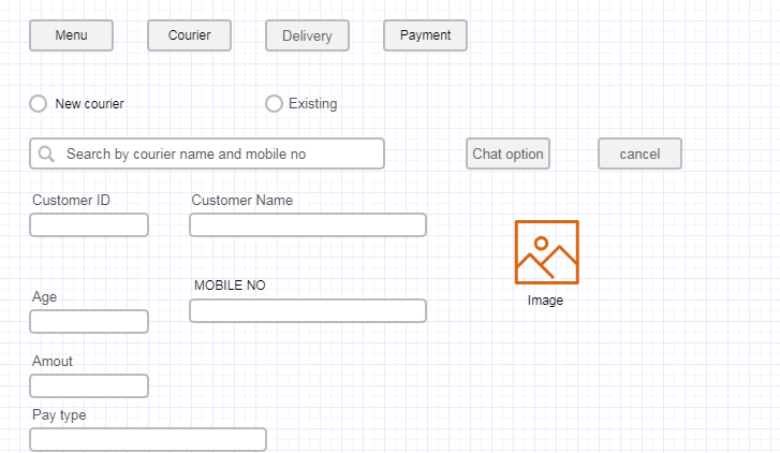 Figure 9: Participants who struggles to collaborate with others 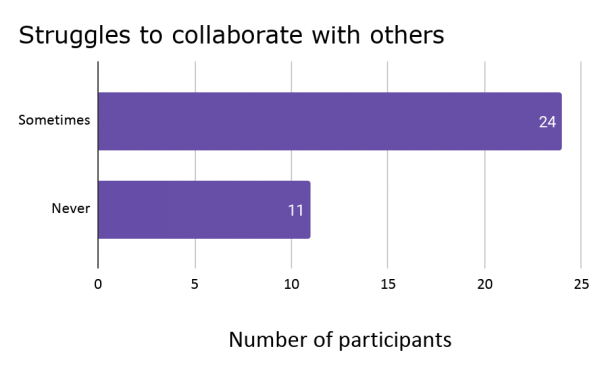 Figure 10: Participants ranking on how good their collaboration is 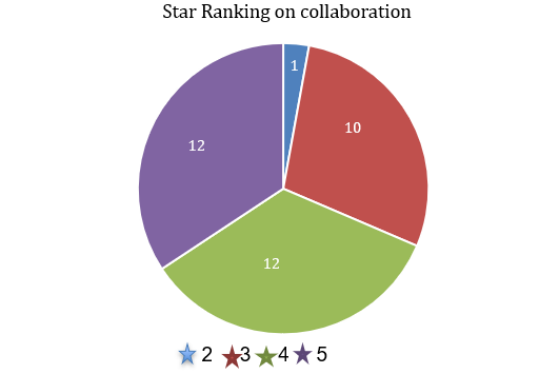 Figure 10 displays participants rating their collaboration skills, with the majority having a rating between 3 to 5. 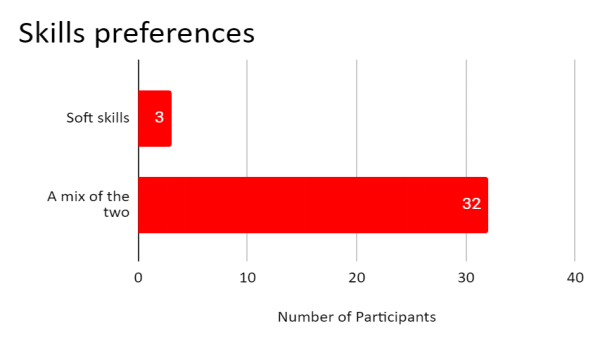 Figure 11 Displays students' choice of groups with skills such as hard, soft and a mix of two they would like to work with.  Almost everyone chose a group with a mix of soft and hard skills. On the other hand, zero participants chose groups with only hard skills. This shows the focus of participants on having a mixture of skills in order to be in a group.

Figure 12: Skills participants would use when problem arises within assignment 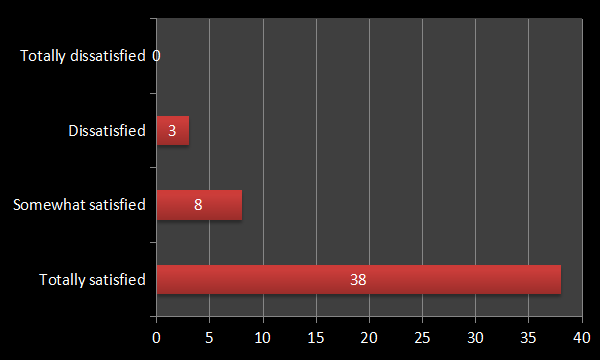 Figure 13: participants selecting as an employer which skills they would focus on more 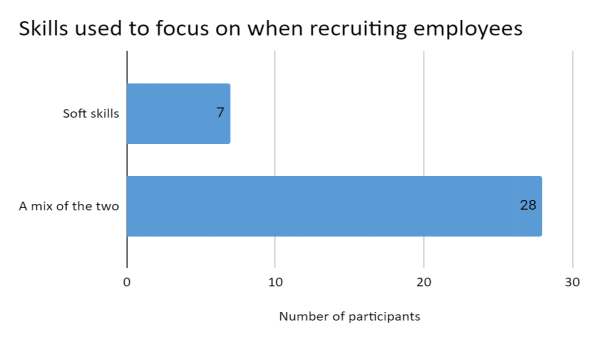 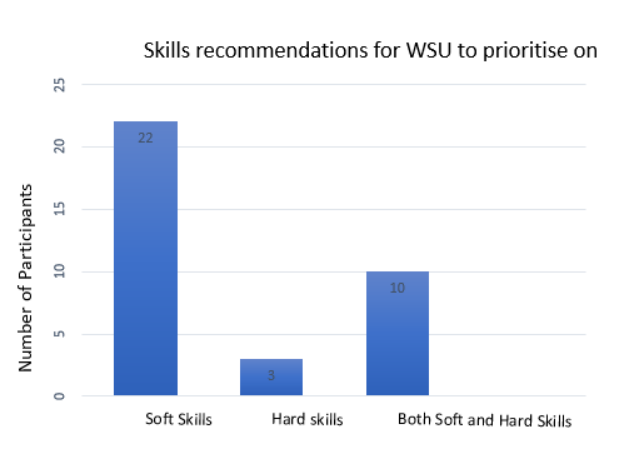 Figure 14 shows the skills recommended WSC to priorities on. As it shows, 22 respondents (roughly 63%) selected soft skills as a recommendation rather than hard skills…….

The intention of the study is determining the level of efficiencies among students about soft skills. Goal of this study understands the importance of learning hard skills along with the soft skills.

From the survey result, it has been observed that the home environment (14 respondents which is highest) is the environment where social skills can be learned with efficiencies. According to Gruzdevet al. (2018), social skills are necessary for developing both professional and personal skills. Social skill is known as the soft and interpersonal skills that are effective to communicate with others (Succi and Canovi, 2019). Therefore, home environment increases the efficiencies of soft skills. The survey has clearly described the fact that decision making skill (100%) and communication skill (100%) is soft skills because it ensures effective communication with others. On the other hand, students think that computer skill is 5.7% and forklift is 2.9% is a soft skill. computer skill and forklift skills are not soft skills because they do not ensure effective communication. Therefore, these skills are hard.

The survey has stated that medical; carpentry; culinary (13 respondents have agreed with the fact) is the hard skill that is highly important among all other hard skills. From the survey table, it has been observed that most of the participants have said that they are a great communicator that effectively demonstrated the fact that these students have an effective level of soft skills. As per Robles (2012), due to the changes in business economy specially the shift from industrial economy to information society, the need for integrity and communication skills, which are part of the soft skills has become important. According to Riceet al. (2015), soft skill is the interpersonal skill and the character traits that influence a person in increasing efficiencies of their skills to interact with others. The survey has also stated that students sometimes (24 number of respondents) face issues in developing collaboration with others. Therefore, it can be said that these students have issues in their soft skills. The survey has demonstrated the fact that most students have secured 3 stars to 5 stars (3 stars- 10, 4 star- 12 and 5 star- 12) in their collaboration skill which is one of the soft skills. It is seen from the survey that most of the students think that a combination of hard skills and soft skills can help a person in securing a good study and great career. From this fact, it can be said that the hypothesis has not been followed in the research. This is because hypothesis has clearly demonstrated the fact social skills are more important for students. On the other hand, this research has clearly described the fact that a mixture of soft and hard skills is necessary for students to complete their study with efficiencies and secure better future. According to Gale et al. (2017), hard skills are the core skills that are necessary for students in securing good marks in the examination. Therefore, along with the soft skill which is necessary for developing interaction with others, a better hard skill is also necessary. The survey table has stated the fact that 32 number of respondents thinks that a mix of two skills is necessary for an individual. However, students of WSU want to prioritise the soft skills.

The survey has described that some students are facing issues in having soft skills. For improving soft skill, encouraging self-reflection, expanding understanding as well as knowledge, developing learning feedback and providing an opportunity for practice is necessary.