For this assignment, the students will create a written report that will review/ examine appropriate information system solutions relevant for an organization within an industry.

The purpose of this assessment is to enable students to understand the effect and impact that emerging technologies and information systems have on an organization.

The purpose of this assignment is to enable students to review and examine appropriate information system solutions for an organization within an industry. The findings of your study will be presented through:

An organization can be selected from world’s 500 largest companies. Upon selecting on of the organization within an industry, you are required to complete the following requirements:

Review ERP or CRM systems (select either ERP or CRM) available on the market, including overview, advantages and disadvantages of the systems.

The report will take the form of a well-researched academic report of approximately 1500 words. Diagrams or tables are encouraged to be used to support your statements. The report should be well supported with appropriate references from reliable sources. You should include academic journals, books, theses, trade magazines and well-respected sources of related Internet materials that you find relevant. Please note – Wikipedia is NOT considered a reliable source to quote in an academic document of this type, without backup from other well reputed sources. It is expected to FLOW as one document.

The structure of your report should include the following:

The current report has attempted to carry out the industry analysis of Samsung as well as representing the overview of the company. The report has stated that Samsung has a significant number of competitors in this industry. Therefore, effective technologies need to be implemented. As per the report, Samsung has implemented Oracle and SAP in the past. Therefore, to achieve better performance, the company can implement Microsoft AX in the operations. This system will benefit Samsung in improving financial performance. Besides, the company needs to implement the technologies of big data, AI as well as 3D printing to gain a competitive edge in the market.

The current report has attempted to discuss the information system of Samsung. The report has discussed the background of the industry as well as the business model of Samsung. The IT infrastructure has also been discussed. Besides, an appropriate ERP system and emerging technology have also been suggested for Samsung. 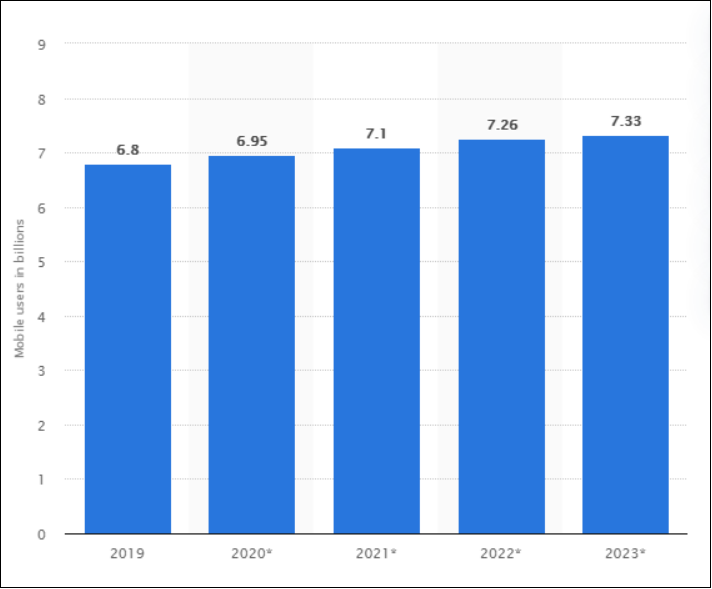 The main target audience of Samsung is the young generation in the age group of 15 to 45 years. They are considered as the target audience as they are interested in new trends emerging in the technological world (Samsung, 2018). Moreover, the share price of Samsung increased by 10% after the launch of Galaxy Note 7, which suggests that the business scope of Samsung is impressive.

The strengths of Samsung have been awarded AdGully DIGIXX awards 2017 for efficient customer services (Samsung, 2020). The company is also considered sustainable as it has introduced the first cadmium-free TV in 2015 (Samsung, 2019). Around 20% of the American market of Smartphone is captured by Samsung (Statista, 2020). Therefore, it has less focus on the markets of other countries. Samsung has a significant opportunity in future as the number of Smartphone users in 2023 will be around 7.3 million (Statista, 2020). Samsung has faced controversy of Apple filing a lawsuit against the company over patent infringement which can affect the brand image.

The threat of new entrants

The threat of new entrants is low as in this industry; there is a significant presence of large companies. New entrants cannot enter this market quickly.

Bargaining power of the suppliers

The lack of financial strength and the small scale of the suppliers of Samsung suggest that the bargaining power of the suppliers is low. Small suppliers such as Adeka Corporation, Elentec Ltd. are not interested in losing the partnership with Samsung. 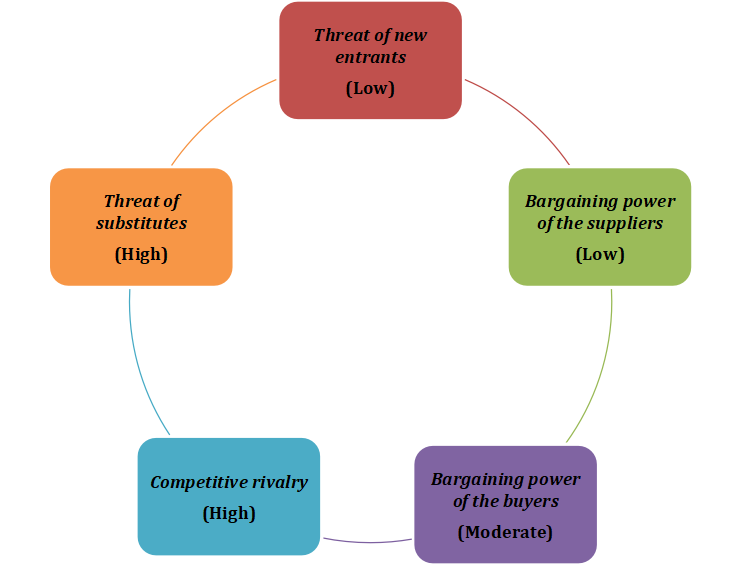 Bargaining power of the buyers

The level of rivalry is significantly high as in the electronics industry; there is the presence of Apple, Huawei and Xiaomi.

Samsung has a high threat of substitutes as companies such as Sony, LG; Apple is present as substitutes.

The IT infrastructure in Samsung is focused on reducing cost and increasing security of the systems. The company has already attempted to employ cloud computing in their systems (Samsung, 2020). Besides, for improving the IT infrastructure of Samsung, the company needs to ensure the storage options of data. As per Gracia-Tinedo et al. (2017), SDS or software-defined storage can be incorporated in a company with a high incidence of digital transformation. This kind of storage can help in managing the growth of data. Al-Badarneh et al. (2017) also stated that SDS could help in managing a multi-cloud facility effectively.  Agile operations are considered to be the most effective advantage of SDS. Yang et al. (2019) argued that even in the presence of cloud computing, complexity and low visibility can take place. Therefore, as per Al-Badarneh et al. (2017), automation needs to be considered to minimise complexity in a multi-cloud environment. The issue of lack of visibility can also be seen with the help of automation.

Among different ERP systems, the most effective systems are SAP, Oracle cloud ERP and Microsoft Dynamics. SAP is a popular ERP system which is used to make effective business decisions. Menon (2019) stated that the most significant benefit of SAP is that it increases efficiency as well as productivity of the company as it provides customised solutions. However, Elmonem, Nasr & Geith (2016) argued that the high cost of implementation is a significant drawback of this EP system. On the other hand, Microsoft dynamics has two options, such as Microsoft NAV and Microsoft AX, for improving productivity. In the case of large organisations, Microsoft AX is more applicable as it has more features. As per Elbahri et al. (2019), the use of Microsoft Dynamics can increase customer retention along with the revenue. However, Xu (2017) argued that this ERP system can be rigid to be applied for a particular workflow and process of business.

Besides, breaching this ERP system is moderately easy, which can be detrimental to a business. Oracle is an ERP system helping extension to the cloud. Slabbert, Seymour & Schuler (2016) stated that Oracle benefits businesses by providing better insights into the financial leaders of the business. However, Aloini, Dulmin, Mininno & Spagnesi (2016) pointed out that Oracle is not user-friendly. Besides, there is a lack of cost consideration, as licenses and supports are significantly costly.

Among the discussed ERP systems, Microsoft Dynamics can be considered as suitable for Samsung. As per Harris (2017), Microsoft AX increases the productivity of a workforce. This ERP system also handles financial clients, resources and projects seamlessly. Samsung works in various countries and has a large network of services. Therefore, Microsoft AX can ensure that quick decision making and adaptations take place in all multinational facilities of Samsung. Therefore, Microsoft AX applies to Samsung.

The ERP system of Samsung will be improved with the help of effective planning. To suit the operations of the organisation, the initiative of planning needs to be taken into consideration more effectively. Furthermore, scheduling the available resources can be considered for suiting Samsung’s operation.

The emerging technologies that can be applicable for promotion of business for Samsung can be Artificial Intelligence, 3D printing and big data framework. Lu et al. (2017) stated that artificial intelligence can help in visualising the automatic customer reactions. Artificial intelligence helps in mimicking human intelligence. Algorithms are used for actions, and a propensity model is created. Moreover, Huda et al. (2017) stated that big data frameworks help organisations with a large volume of data further helping classification, organisation and communication of complicated activities. In Samsung, the framework of big data can help in providing faster and flexible solutions. Furthermore, 3D printing can also be applied for Samsung for improving the design of the devices of the company.

In future, the use of AI can ensure that electronics companies can escape commoditisation of hardware. Besides, AI will also help in increasing the functional scope of electronic devices by reducing the complexity of new technologies. In the industry of electronics, big data will help in storing a large volume of data significantly. 3D printing will help in meeting the customisation demand for the devices. Besides, this emerging technology will also help in improving data storage capacities of electronic appliances.

It can be concluded from the current report that for Samsung, Microsoft AX can be applied. The technology will help Samsung to achieve increased operational efficiency. It can be further stated that Samsung needs to increase its comparative advantage as there are prominent competitors in the industry.

The report has stated that Samsung is an important company in the industry of electronics. As per the report, there are a lot of competitors in the respective industry. Samsung has already used Oracle and SAP. Therefore, Microsoft AX is more applicable to the company. Besides, the implementation of 3D printing, big data framework and AI can be significantly helpful for Samsung.